One of the must see places we wanted to photograph while out West, was a ghost town.  Our friend, Evan Jones, who lives in Idaho, told us about and then took us to a couple of interesting ghost towns.   The one that was the most ghosty was Bannack, Montana. The main street was

full of old buildings. They have over 60 structures.   A few were restored and had furnishings in them but most were empty and in pretty bad shape.  The rangers were very friendly and full of info about this historic site!

Details on Bannack from Wikipedia:

Bannack is a ghost town in Beaverhead County, Montana, United States, located on Grasshopper Creek, approximately 11 miles (18 km) upstream from where Grasshopper Creek joins with the Beaverhead River south of Dillon. Founded in 1862, the town contemporarily operates as a National Historic Landmark and is managed by the state of Montana as Bannack State Park.

Founded in 1862 and named after the local Bannock Indians, it was the site of a major gold discovery in 1862, and served as the capital of Montana Territory briefly in 1864, until the capital was moved to Virginia City. Bannack continued as a mining town, though with a dwindling population. The last residents left in the 1970s.

At its peak, Bannack had a population of about ten thousand. Extremely remote, it was connected to the rest of the world only by the Montana Trail. There were three hotels, three bakeries, three blacksmith shops, two stables, two meat markets, a grocery store, a restaurant, a brewery, a billiard hall, and four saloons. Though all of the businesses were built of logs, some had decorative false fronts.

Among the town’s founders was Dr. Erasmus Darwin Leavitt, a physician born in Cornish, New Hampshire, who gave up medicine for a time to become a gold miner. Dr. Leavitt arrived in Bannack in 1862, and alternately practiced medicine and mined for gold with pick and shovel. “Though some success crowned his labors,” according to a history of Montana by Joaquin Miller, “he soon found that he had more reputation as a physician than as a miner, and that there was greater profit in allowing someone else to wield his pick and shovel while he attended to his profession.” Subsequently, Dr. Leavitt moved on to Butte, Montana, where he devoted the rest of his life to his medical practice

Bannack’s sheriff, Henry Plummer, was accused by some of secretly leading a ruthless band of road agents, with early accounts claiming that this gang was responsible for over a hundred murders in the Virginia City and Bannack gold fields and trails to Salt Lake City. However, because only eight deaths are historically documented, some modern historians have called into question the exact nature of Plummer’s gang, while others deny the existence of the gang altogether. In any case, Plummer and two compatriots, both deputies, were hanged, without trial, at Bannack on January 10, 1864. A number of Plummer’s associates were lynched and others banished on pain of death if they ever returned. Twenty-two individuals were accused, informally tried, and hanged by the Vigilance Committee (the Montana Vigilantes) of Bannack and Virginia City. Nathaniel Pitt Langford, the first superintendent of Yellowstone National Park, was a member of that vigilance committee.

Sixty historic log, brick, and frame structures remain standing in Bannack, many quite well preserved; most can be explored. The site, now the Bannack Historic District, was declared a National Historic Landmark in 1961. The town is presently the site of Bannack State Park. Though not particularly popular among tourists, this site remains a favorite for natives and historians alike.

Sewing machine in one of the houses.

The Hotel Meade was a look back at what a hotel was like back in the 1800’s.  The rooms were pretty small but they all had a great view of the surrounding town and landscape!

View from the hotel

There was a lot of gold mining equipment laying about but the old forms of transportation were more photogenic.   This old truck was almost hidden in the weeds!

There were several old wooden wagons that made for interesting images. 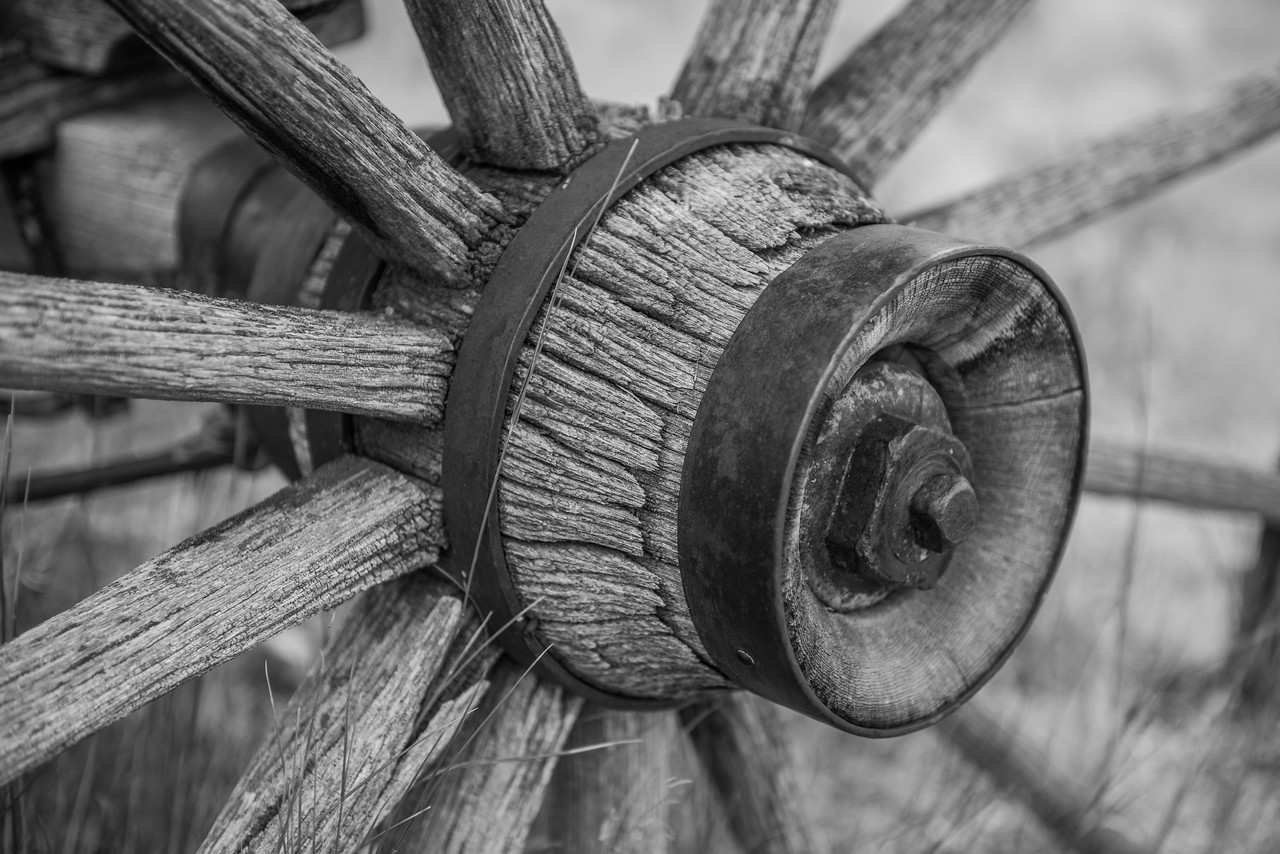 The landscape around the town was rough and beautiful.

The old wood was another interesting aspect of Bannock.  The textures were an added bonus to shoot as I ran around the town.

This state park is a highly recommended stop if you are in Montana.  For details and events check out their website.  They need the support to keep up the restoration work they are doing!

Please visit my gallery for these and additional images of this wonderful ghost town!