On our second day, with a change in plans, which is always a possibility when birding and boating, we drove 3 hours south of Seahouses to RSPB Bempton Cliffs Nature Preserve.  See Day 1 here.

The drive was, again, very stressful with roundabouts every couple of miles and those pesky unfamiliar road signs!  And, due to a misguided GPS in the other “lead” vehicle, we ended up going about 40 miles out of our way.  But, when we arrived at Bempton Cliffs it was well worth the long trip!

Some Details from Wikipedia

Bempton Cliffs is a section of precipitous coast at Bempton in the East Riding of Yorkshire, England. It is run by the RSPB as a nature reserve and is known for its breeding seabirds, including northern gannet, Atlantic puffin, razorbill, common guillemot, black-legged kittiwake, and fulmar. There is a visitor center.

The hard chalk cliffs at Bempton rise are relatively resistant to erosion and offer many sheltered headlands and crevices for nesting birds. The cliffs run about 6 miles (10 km) from Flamborough Head north towards Filey and are over 330 feet (100 m) high at points.

The cliffs at Bempton are some of the highest chalk cliffs in England, Beachy Head in East Sussex being the highest at 530 feet (160 m). The area administered by the RSPB also includes Buckton Cliffs.

There are good walkways along the top of the cliffs and several well-fenced and protected observation points.

After 3 plus hours in the car, we were ready to get out and walk around!  PSPB Bempton Cliffs was expansive and beautiful!  My first view of the park was of a garden of red poppies and daisies!

I was in love already!  I am a sucker for red flowers but especially poppies!

There was a docent at the entrance who gave us some insight as to what birds we might see and where we might find them.  My hopes were high for an albatross but I would be disappointed on that count but not for much more!

My equipment this day consisted of my Nikon D850 with the Nikon 200-500mm lens, my infrared converted Nikon Z6 with the 24-70mm lens, and my trusty iPhone 12 Pro Max.  All the images below were made with the D850/200-500mm setup unless otherwise indicated.

As I followed the walkway past the visitor center, I could hear the sea and birds!  The walkway made a T not too far from the cliffs. I chose to go to the right as it looked less crowded.  There were several platforms overlooking the cliffs as well as a few spots where you could approach the edge.  As I walked I saw many Northern Gannets flying about.

I stopped at the first platform and got my first view of the immense cliffs that were below.

Initially, the flying birds caught my attention as they were all over the place.  Gannets are fairly large but they are very fast so it took me a few minutes to figure out their speed and movements.  But when I did, they were so beautiful!

Some of the gannets were nesting at the top of the cliffs so I could see them through the grasses that cover the tops.

From the platform, I could finally see the cliff-nesting birds.  The neighborhood was not too friendly as there were disputes going on up and down the cliff.

The pairs of gannets showed some interesting behaviors.

In the grasses up near the viewing platform the gannets walked around pulling off pieces of grass to use on their shallow nests on a small area of the cliffs.

Watching and tracking these very active birds with my big camera and lens can be a bit overwhelming and tiring so, as I almost always do, I turned around and looked at what was behind me and saw this!

Then from minimalism to an overwhelming site!

And then even closer.  These birds, unlike the Guillemots (see Day 1), definitely have a “Personal” nesting space!

The day was so beautiful with clouds and blue sky, I just had to get some more landscape images.

Even though Bempton Cliffs is known for its huge population of nesting Northern Gannets, there are other birds nesting here as well.

I walked back toward the visitor center and proceeded to the left part of the T.  I stopped at the first platform and found that these cliffs did not have gannets but there were Razorbills.  I found several amongst the wild daisies that were growing profusely (due to all that good guano).

We had been told that there were Atlantic Puffins there as well but I had run into Denise Ippolito, our workshop leader, and she said she had not seen any by the more northern platform.  So, I stayed where I was and looked around some more.  Lo and behold, I found first one puffin and then a group of three.

The blue sky and green grass of the meadows opposite the cliffs just needed to be an ICM (Intentional Camera Movement) image.

During my walk, I had seen many smaller birds but due to the wind and their quickness, I was not able to capture any images until I was on my way back to the visitor center.  It was another lifer for me, a Common Linnet.  It stopped on a twig long enough for me to fire off a few shots!

I stopped at the Visitor Center and picked up my obligatory lapel pin and coffee cup.  This cup is so cute I have to share an image of it!

Click on any image to see a larger version OR visit my galleries to see and purchase prints and other items with these and many additional images: Gallery Link: RSPB Bempton Cliffs Gallery

For my next blog post, Day 3 of our English adventure was a bust for the boats (bad weather), so always having a Plan B, it was an English countryside day with some more nesting birds in the late afternoon! 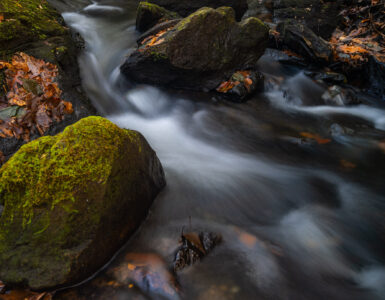 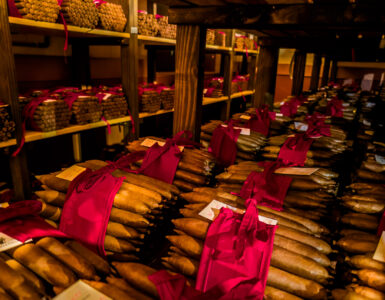 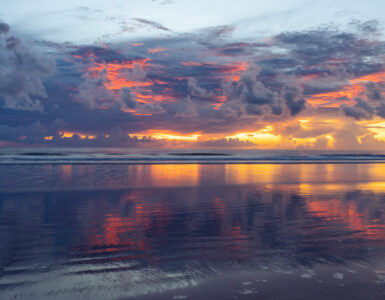