I don’t think this particular spot is on everyone’s must see list but for us photographers, a trip to the Grand Tetons National Park is not compete without a stop at Mormon Row.   The T. A. Moulton Barn is the main attraction on Mormon Row but there are other old buildings and farms in the area, as well.

Photographers love this scene because of the old picturesque barn but having the Tetons in the background is the bonus!   As with my other posts and the images presented, we were dealing with a tremendous amount of haze due to wildfires burning in Idaho & Canada at the time.   So as in the image above the mountains were not the prominent feature this time, the barn was the star!

Some details on Mormon Row from Wikipedia:

Mormon Row is a line of homestead complexes along the Jackson-Moran Road near the southeast corner of Grand Teton National Park, in the valley called Jackson Hole. The rural historic landscape’s period of significance includes the construction of the Andy Chambers, T.A. Moulton and John Moulton farms from 1908 to the 1950s. Six building clusters and a separate ruin illustrate Mormon settlement in the area and comprise such features as drainage systems, barns, fields and corrals. Apart from John and T.A. Moulton, other settlers in the area were Joseph Eggleston, Albert Gunther, Henry May, Thomas Murphy and George Riniker.

The area is also known as Antelope Flats, situated between the towns of Moose and Kelly. It is a popular destination for tourists and photographers on account of the historic buildings, the herds of bison, and the spectacular Teton Range rising in the background. The alluvial soil to the east of Blacktail Butte was more suitable than most locations in Jackson Hole for farming, somewhat hampered by a lack of readily available water. The Mormon homesteaders began to arrive in the 1890s from Idaho, creating a community called “Gros Ventre”, with a total of 27 homesteads. The Mormon settlers tended to create clustered communities, in contrast to the isolated homesteads more typical of Jackson Hole.

Mormon Row was placed on the National Register of Historic Places in 1997.

So what do you do when you have some time and the subject is pretty much one thing?  You move around and look for different angles and different ways of seeing that subject.  Basically, you work the subject.   For most of these images, I switched to my wide angle lens (Nikon 16-35mm).   For this view I got right up against the fence at the front of the property and I remember standing in a ditch to get a wider view of the mountains and the sky.

Next I moved closer and found an S curve to use as a leading line, still using the wide angle lens.

I decided to stick with the wide angle lens again but this time I moved over to the left where there was a small bridge and got down in the grass to get this different view.

Then I switched it up totally and went with my infrared converted camera with the Nikon 18-70mm lens. 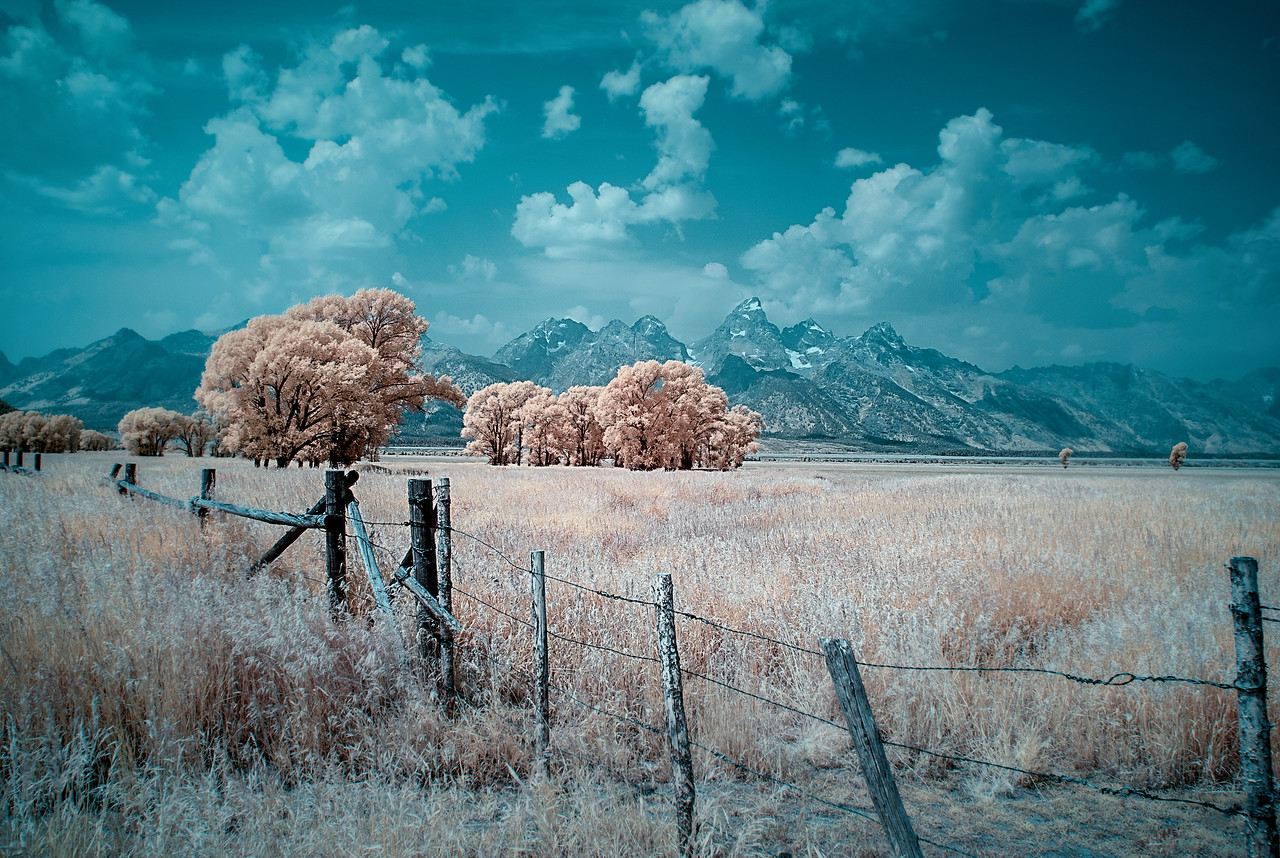 The infrared image above was off to the right of the barn for a view of the trees and mountains. 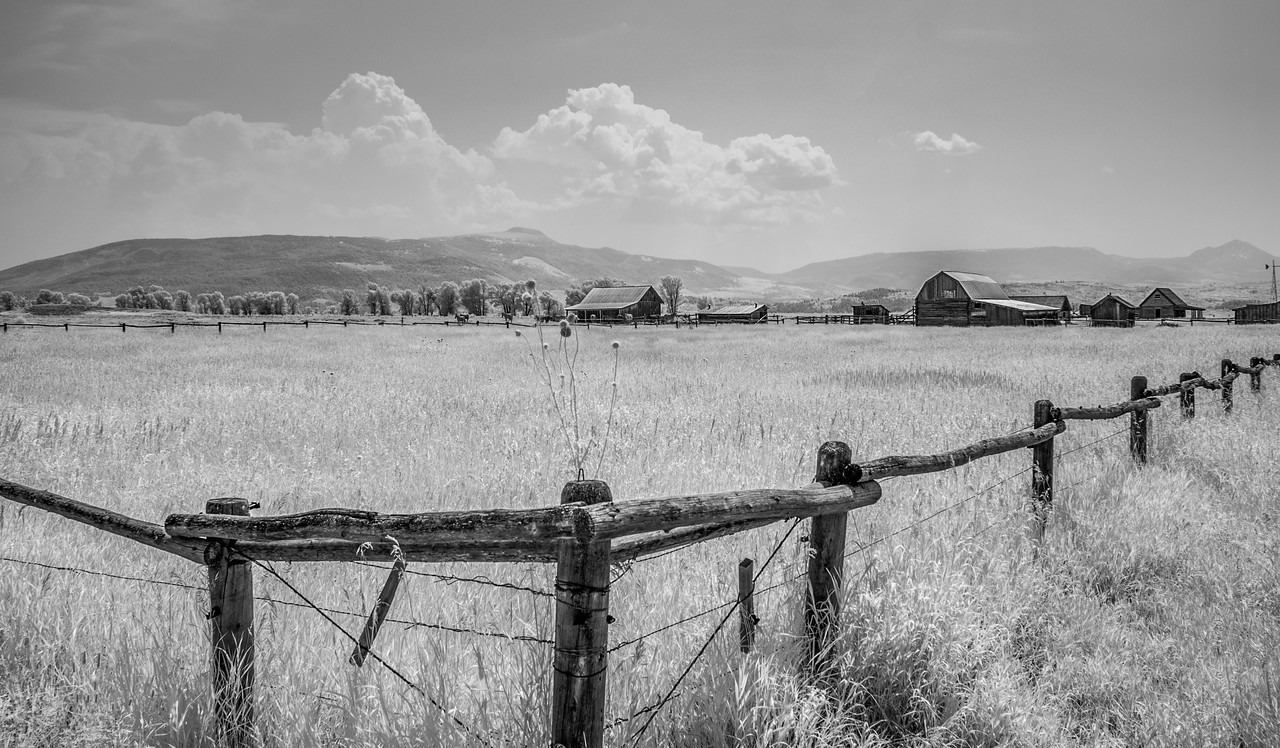 Don’t forget to turn around and look at what is opposite your main subject.  This was another farm on Mormon Row.  This is an infrared image converted to B&W.

If you are in Grand Tetons National Park, take this quick side trip and see the very interesting Mormon Row area.

This is the last post for this amazing trip to Yellowstone National Park & Grand Teton National Park and the surrounding area!   Next trip coming up in April 2018!  More to come!

Check out my galleries for these and additional images from the trip!!