Timing is one of the hardest parts of photography.   There is the technical side of timing, that would be shutter speed.  Do you want a fast shutter speed or a slow shutter speed?  That is one type of timing you have maximum control of.   Then there is that other timing, that is, when do you actually hit the shutter button.  That is the hardest part of the timing of photography.    This timing can be about seconds, minutes, hours, seasons and even years!  This timing involves knowledge, patience and sometimes even luck!  You have heard of “being in the right place at the right time”!

When traveling, this timing issue is even made more complicated due to real time constraints and lack of familiarity with the environment.  The timing of creating an image can make it something more than a snapshot of a moment in time.   You should want that moment to be the best moment in the best light that you can find.

The image of the Lotus above is what got me thinking about timing for this post.   I have that image because of timing knowledge.  I had been to the Florida Botanical Gardens a year ago and happened upon a lotus bloom that was not at it’s best but I managed to get a pretty good image of it but would have loved to captured it at a better time.  I realized a couple of weeks ago that it was about the same time of year and I really wanted to get a better image.  I was going to be in the area to shoot at another venue (Sunken Gardens) and it opened a bit later so I stopped at the Botanical Gardens first.  I ran to the small pond where I had seen the lotus last year and found this beautiful pink bloom just opening.  This was all about seasonal timing!

The timing for catching wildlife at the “best” times is also a knowledge thing.  Since you are dealing with living creatures, luck can play into getting a great image of an animal but having knowledge of the animal’s behavior increases your odds tremendously.   I am an avid bird photographer so I have to depend on many types of timing to get the images I am striving for.   There is the seasonal timing, for breeding colors and behaviors such as nesting, feeding the young and actually seeing the young birds on the nest or as they fledge.   The time of day is also important for all these behaviors as well.   The better lighting at the times of day that the birds are most active is the bonus.  But the lighting influences where I am on a particular morning if I am trying to get images of multiple birds in one trip!   Then of course many birds are seasonally in an area and then gone until the following year. 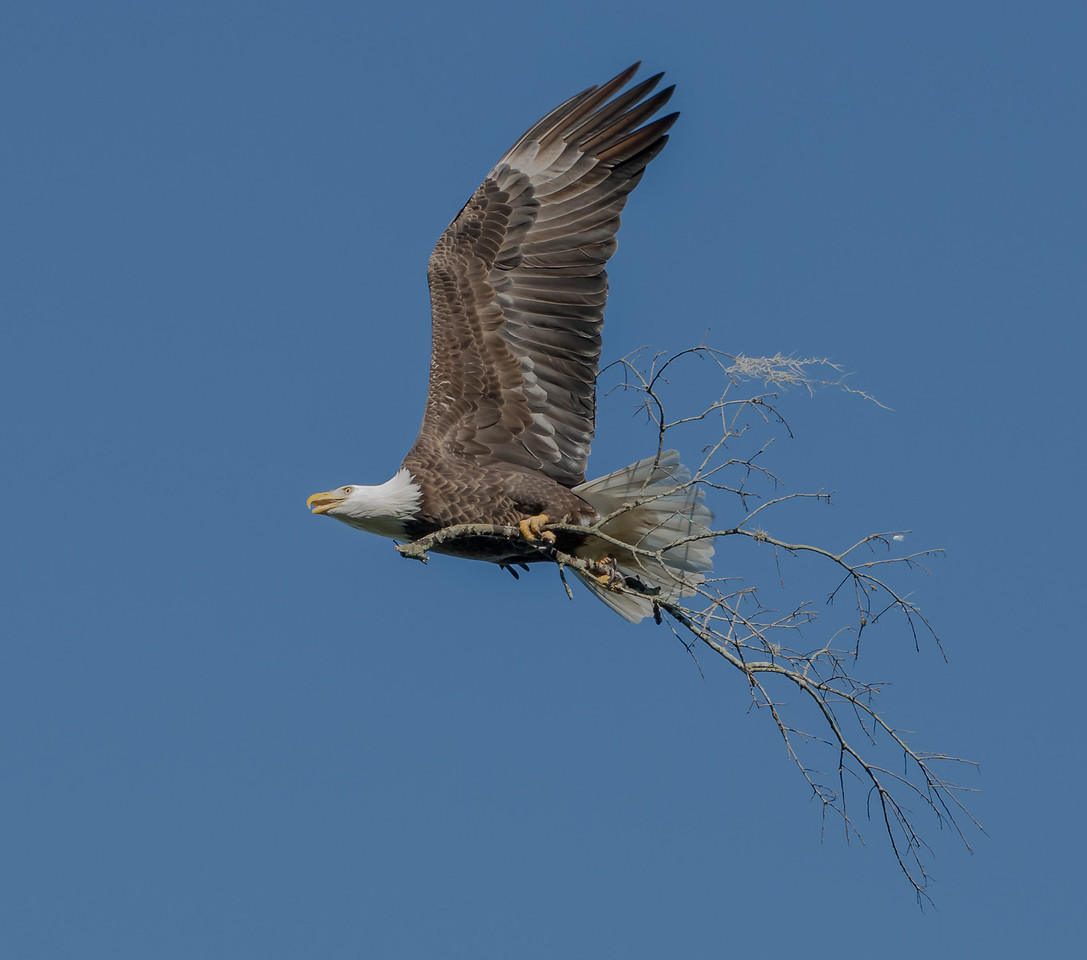 Timing almost always affects the lighting of an image.  If you are out in the world, depending on the sun for your light, then you have to care about that type of timing.   Some of that timing is pretty commonly known, ie, shooting in the early morning and late afternoon are the best times for side lighting.  But even that is affected by the time of year and the location…is there a mountain in the way or trees?  Even the weather can mess with the light timing.

I was in the Great Smoky Mountains National Park with a very large group of photographers a couple of falls ago.   One morning there were about 75-80 of us all at the same overlook of Cades Cove.  The tripods were lined up all long the walkway.  That morning the cloud cover was pretty heavy and, normally, as the sun comes up, the fog/clouds dissipate and the image you would normally get would be the layers of mountains that spread out from the valley in front.  But this day there was a lot of moaning and groaning because the sun was not coming through the clouds as expected.  So most of the crowd packed up their gear and started to leave.  But I and a few others (timing nuts, one & all), hung around and for a fleeting few moments we saw this!

Timing backed with a bit of patience!   It is everything.

I combined knowledge and luck of timing to get 2 very different skyline images a while back.  In Tampa, Florida, generally speaking, during the summer months, it rains somewhere in the area, if not everywhere, just about every evening.   I had wanted to get some images of the Tampa skyline and had been watching the weather for clouds that would not be to the west of downtown as they would block out the setting sun.  But I did not want a clear sky.  So I watched and finally one night the radar showed a storm to the north and east of Tampa.  I packed up my tripod and my camera along with my rain gear, just in case, & headed to the spot I planned to shoot from.   As the sun started to go down, the clouds were streaming over the skyline in a way that I could not have been more thrilled with.   I had locked down my tripod with the intent of taking the same view through about 90 minutes of the changes of the sky and the city lighting up.   As I stood there hitting the shutter release on my wireless release button every few minutes, over to the right and out of the frame of my camera, mother nature started a whole other show. It began to lightning, now normally I would have packed up and headed for the car but this lightning was many miles away and was mostly happening up in the clouds that were in full view as I had the channel from Tampa Bay in front of me!  I kept hitting that shutter hoping that the lightning would not stop.  As soon as I had what I had come for of the skyline I moved the tripod and pointed the camera at those clouds and worked on a whole other type of timing.   Catching lightning is not easy, I did not want to leave the shutter open too long so I started counting and kind of found a rhythm of the lightning, hitting the shutter on the count.  I took many, many frames but I caught some incredible images by using this type of timing!

Back when I was somewhat younger, the thought of going somewhere I had been before on vacation seem so boring!   Now that I am a photographer, I am a little more willing to go back to places I have visited before. I have been to the Great Smoky Mountains National Park many times in the spring and fall.  I always came home, though, feeling okay with what images I had created but I was not satisfied.  I felt that I had not had enough time on each of those visits… so the last trip there, I made sure I had a full week available.  That trip, I was very happy with what I came home with.  So give yourself enough time to not only photograph more places but go back to places in better light or better weather.

I went to Maine last summer with a group of photographer friends.   We made the most of our week there because we had a guide with us who knew something about the area and set up a schedule that with some flexibility built in got us to most of the areas and sights we wanted to see and a few that our “guide” wanted to be sure we did not miss.   This whole trip was timed pretty tight and we had some luck on our side.

Since we were in an area where there were few cities we wanted to try for some Milky Way images.  We found an area that was on the west side of Eagle Lake with Cadillac Mountain on the other side.  We got there early and found that the clouds were fairly thick. We stayed for a while and could see the stars but it just was not a good night.   The next day we went off on another adventure but we talked about not getting the Milky Way all day.  We thought about trying somewhere else but then came to the decision to go back to the lake that night and man! was that the right timing decision.  Every night after that was cloudy!!

But the best timing started at 1:30am in the Bar Harbor area one night when we packed our gear in the cars and headed south toward Portland, ME.   Our initial goal was south of Portland so we drove through the night. We arrived at the Nubble Lighthouse just prior to sunrise and our timing was perfect!   The fog was thick and as the sun rose the fog burned off ! 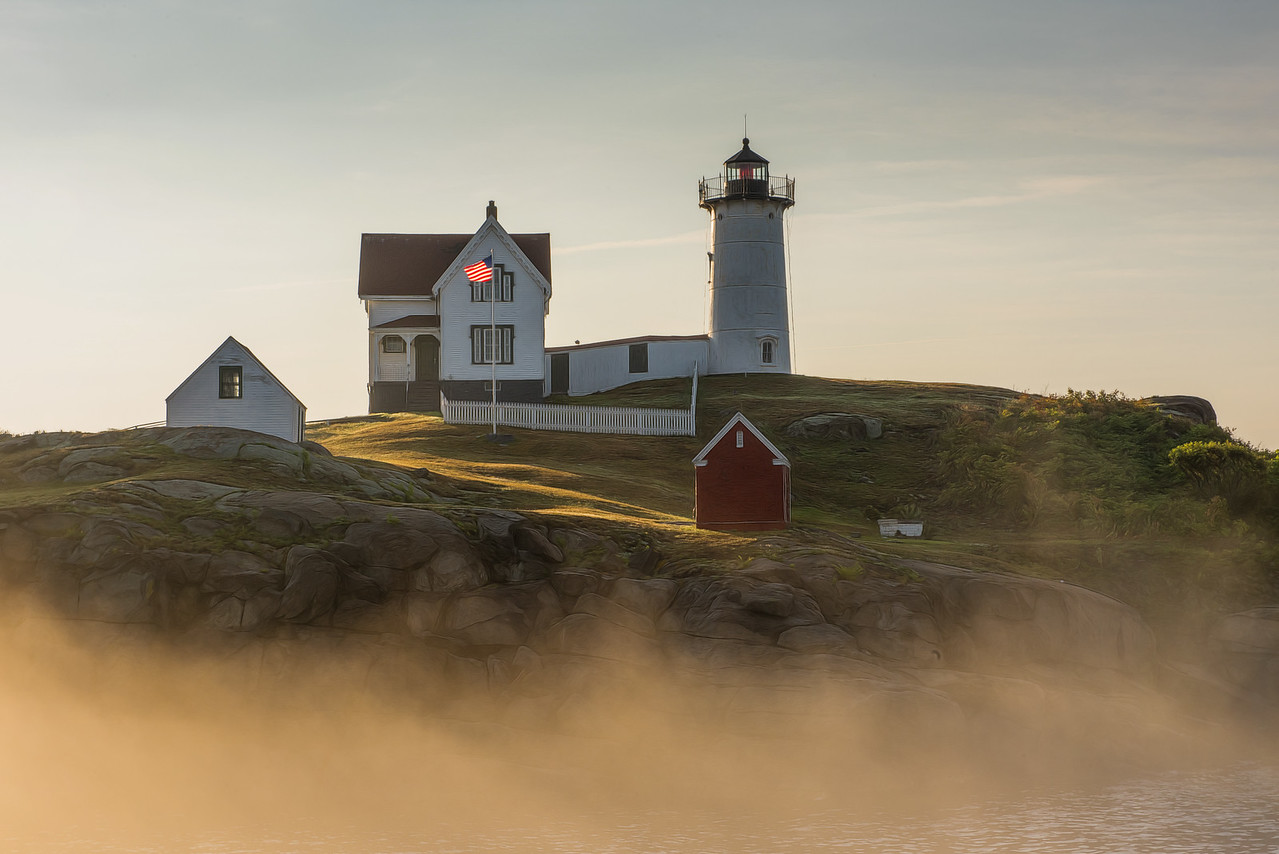 The timing of photography is so much more than shutter speed.  While planning your next trip, whether it is 20 miles or 2000 miles away, study the location, study the behavior of the people & wildlife, spend as much time as you can and go back and go back again.  Get some help from a local or someone you has been to that location before.  Use your own images from previous visits to give insight into the timing you should use!